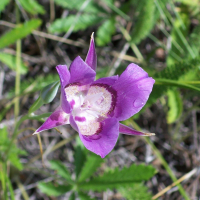 Two years ago when I was up to my eyeballs in fresh eggs, I decided to try freezing some as an experiment for preservation for use during the downtime of winter.

Being that I make a frittata most weeks, I chose to do a dozen eggs at a time. So I lightly whipped them up, some I added a bit of sea salt to and others I didn't. Into a freezer bag and the freezer they went. Yes, there are better options for this but it's what I used at the time :)

Make sure when you thaw them it is in the frig only, and on something to contain any leaks. Ask me how I know.

From there, use just ask you would fresh eggs. Literally. While the thawed out eggs look really odd and you don't think they would ever cook up 'normal', they do! I use them to make the aforementioned frittata as well as scrambled and you would never know in taste, appearance, or texture that previously frozen eggs were used.

Even one year old frozen eggs work perfectly fine. Again... I was doing a lot of experimenting. ;)