New Experiment This Year — The Grow Network Community
Flowers are the music of the ground from earth's lips spoken without sound. 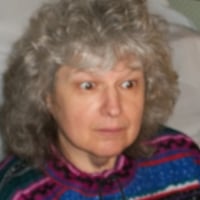 I live in a four seasons climate supposedly...we always seem to lose Spring every year though now. Winter hangs on until late May, early June and then a couple of weeks later it is Summer.

But I have several areas I am trying to convert to wildflower gardens. And when I plant in June, it's always August before I actually get a decent looking flower bed. I'm not liking that!

So this year, after my first frost (which is usually in mid-October) I've decided to try this.

I'm now tearing down all of this year's beds because the season is past for the plants which were in there this year (it looked horrible anyway the last month and a half). I'm prepping the beds as a newly-seeded bed and then I'm going to go ahead and seed them. Cover them up with a slightly thicker than usual spread of organic straw and just let that overwinter.

I'm hoping this way, the seeds will have a chance to start sprouting earlier in the season next year. I've accumulated seeds which are early season, mid-season and late season flowers so I'm hoping this is going to work. Thus I'm hoping the straw will be enough winter protection for them so they survive over the winter months.

If anyone has tried this before I'd be interested in knowing how it worked for you or if you have any suggestions which gave great results. 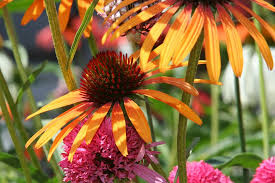