Who hear has successfully treated a bladder infection with Herbs etc? — The Grow Network Community
Discover the 5 secrets of true wealth—and how to build your own—in Marjory Wildcraft’s essential guide to Modern Self-Sufficient Living, “The Grow System.”

Who hear has successfully treated a bladder infection with Herbs etc? 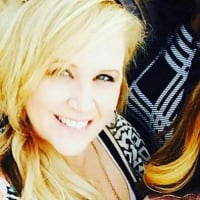 I’ve had issues since I was 12 with bladder infections. I do everything right and then .. it happens. I’m sure years of antibiotics has perpetuated the problem. now I know better and try so hard to kick it naturally. I looked up a recipe in Rosemary Gladstars book but don’t have uva ursi on hand so I Just made it with the echinacea, marshmallow, and goldenseal powders as well as echinacea tincture and a capsule with a drop of oregano in FCO. What have you all tried and how has it worked out?