Most U.S. Dairy Cows Are Descended From Just 2 Bulls. That's Not Good. — The Grow Network Community
Patience is bitter, but its fruit is sweet.

Most U.S. Dairy Cows Are Descended From Just 2 Bulls. That's Not Good. 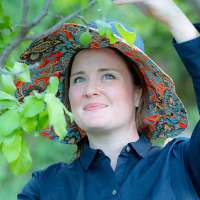 "....A few years ago, Dechow and some of his colleagues at Penn State made a discovery that shocked a lot of people. All the Holstein bulls that farmers were using could trace their lineage back to one of just two male ancestors. "Everything goes back to two bulls born in the 1950s and 1960s," he says. "Their names were Round Oak Rag Apple Elevation and Pawnee Farm Arlinda Chief."

This doesn't mean that the bulls in the catalog are genetically identical. They still had lots of different mothers, as well as grandmothers. But it does show that this system of large-scale artificial insemination, with farmers repeatedly picking top-rated bulls, has made cows more genetically similar. Meanwhile, genetic traits that existed in Holstein cows a generation ago have disappeared.

"We've lost genetic variation," Dechow says. "Now, some of that variation was garbage that we didn't want to begin with. But some of it was valuable stuff."

To see what might have been lost, Dechow decided to do an experiment. He located some old semen from other bulls that were alive decades ago, with names like University of Minnesota Cuthbert and Zimmerman All-Star Pilot. You might call them heirloom bulls. The U.S. Agriculture Department keeps samples of their semen in deep-freeze storage in Fort Collins, Colo.

Dechow used that semen to impregnate some modern cows. They gave birth, and now it's possible to see some lost pieces of the Holstein family tree come to life in a barn at Penn State — in the form of three cows...."