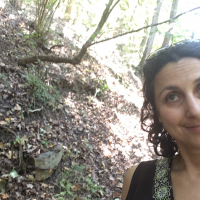 Hey ya'll, my not so old man has pretty much no cartilage in his lower lumbar region. So the body being brilliant is using the muscles to hold it together. The muscles are over compensating. This has been going on for years. The muscle pain, inflammation is very intense. I've created several massage oils and sprays for him. He's interested in natural healing, but not as committed as I. He'll take copious amounts of Tylenol and sometimes Rx pills. That's likely part of the problem too.

Stretching, yoga poses are painful. I'm hopeful that eventually he will be able to stretch for health. You could visibly look at this back and see he difference in muscles.

I'm curious if you have any suggestions? I realize a lot of changes need to be made. I'm looking for someone's experience for muscle/back pain. Everything I'm attempting is from my medical herbalists books.