Brainstorming Healthier Foods for Cats — The Grow Network Community
We may have our differences, but nothing’s more important than family. 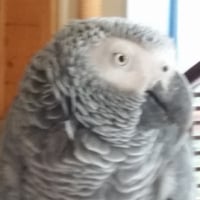 @silvertipgrizz I thought we should have a separate discussion about cat nutrition. I agree that food selection is less diversified for them.

Copied from other thread:

"You got me thinking about cats. I just had a weird idea about the Birdseye frozen mice that are packaged for reptiles; if healthy to start with, they would include all necessary minerals for cats within the internal organs. Thawing and cooking them, including removal of fur and bones would not be fun though. Watching the cat eat it from a whole condition would be messy and unappealing.

I just gave myself a few nasty visuals for the day."