Herbal Community Builder Award Goes to... 2 TGN Members! — The Grow Network Community
WHAT'S CHANGING IN 2021 AND HOW TO NAVIGATE IT 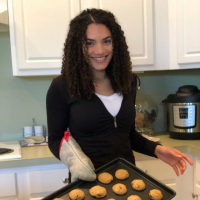 Hey everybody, we’re stoked to announce that some of our Grow Network members have received a big award for their hard work in the herbal community.

Remember that fire cider drink that boosts immunity!? While variations have been known for centuries, according to legend, the thieves' tonic was so strong that it protected looters during the bubonic plague. We know now that this tonic is even good for insect repellent, foot soaks, and cleaning your home! Rumor has it that those guys were using thyme, rosemary, sage, lavender, mint, garlic and ACV.

Fast forward a several hundred years - Rosemary Gladstar perfected the cider drink and has been sharing her recipe since the 80s. And in this last decade, a company tried to trademark the name “Fire Cider” but two TGN members a part of the “Tradition Not Trademark” movement fought serious legal battles to keep the name free for public domain -- and they won!!

We’ve got such amazing members here in this community. Shout out to Nicole and Mary!

Read more on their fight here:

Fire Cider ~ A tradition, not a trademark