I can’t find an heirloom yogurt culture! — The Grow Network Community
If you are raising heritage poultry, The Livestock Conservancy is doing a census and requests your help.
Click Here to enter the census! 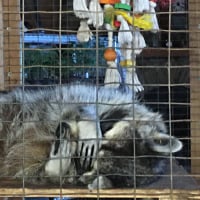 I’m in Alabama and can’t seem to find one. If I understand it right, it can be used perpetually, anyone know if this is correct? I love my yogurt and only recently learned about heirloom starters.