Making Something From.... Well, Very Little...

Making Something From.... Well, Very Little...

The garden is almost completely planted... for now. 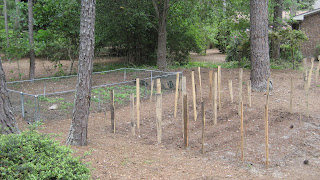 I am still waiting on a few seed orders to arrive, but most everything I intended to plant for Spring has been planted. The first of the three beds I planted is even coming into harvest! You may see some green, if you look closely, in the other two. But, as everything is being planted from seed, most of it is still very small. 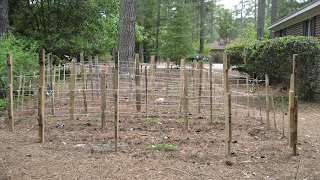 When the "Stay At Home" orders were issued for the virus, there was a run on hardware stores, garden centers, drugstores and grocery stores. I stocked up on groceries and OTC/drug store stuff before the panic buying started. But, by the time I decided to go ahead an plant a garden here (where I probably won't still be by the fall), the hardware stores were packed and the shelves empty. I decided to make do with what I had.

These were the tools I had on hand: 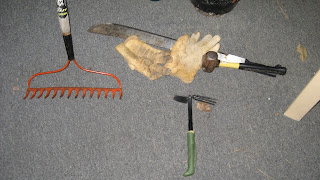 Being in the magazine publishing business, I had some old shipping pallets stored in the garage. I also had a lot of string from the last shipment of magazines (they come tied in bundles). So, with a little work.... well, a lot of work, really... I figured I could split the boards from the pallets to use as stakes, and tie together the string for trellising, to support beans, peas, tomatoes cucumbers, etc. 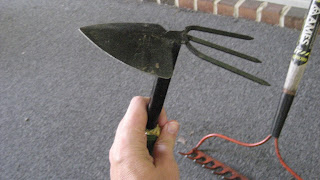 The plan was to order seeds online, since local stores were wiped out. Use a garden rake and this thing to prepare garden beds and plant. I'll call the thing a trowel.... I have no idea what it is properly called, but it has been a Godsend! All totaled, the beds shown in this post and what is planted in front... I've planted nearly 1/8th of an acre with just these few hand tools. 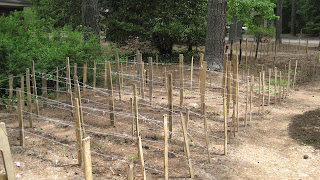 The two garden beds staked with pallet boards are planted with sorghum, lima beans and wormwood all along the perimeter. The rather haphazard looking placement of the boards and the perimeter planting is part of my strategy to keep deer out of the garden. From any angle, the boards give a visual block that has, so far, worked as a "psychological fence"... that, along with urine, seems to be deterring deer. In the mean time, the sorghum and limas are just sprouting. They will form a hedge of things deer just plain don't like to eat. Wormwood planted at the base should help keep rabbits out.... we'll see. If not, I think I could get away with a few rabbit box traps once the vegetation blocks the view of passing foot traffic and nosey neighbors.

There is still much to do. As the radishes are pulled, I'll replace the with carrot seeds. As the greens bolt, I'll save the seed and plant greens where the beans were and beans where the greens were. The tomatoes are all indeterminant heirlooms, so they will need sturdy trellising. I am growing slips from a sweet potato... finger crossed! Speaking of which, all the potato plants in my garden came from eyes cut from grocery store potatoes.... that is something most folks say can no longer be done because potatoes are often treated with a chemical that inhibits them from sprouting eyes... but, I got some off some reds and some russets, and they are among the healthiest plants in my garden. 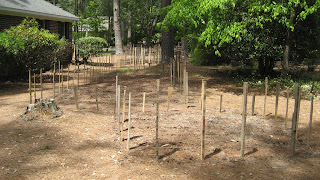 All this has been done on a shoe-string budget, with mail ordered seeds and 4 hand tools... a garden rake to prepare beds, a "hand trowel" to dig and plant, a machete to split boards and a small sledge hammer to pound the stakes into the ground. Oh, I also had a pry bar to pull nails and a bucket for watering plants. Other than that though, it is just hard work. I won't minimize the amount of hard work, as I have lost 10 pounds working in the garden. Yes, gardening is a whole lot easier if you have time to plan, the tools you need and seedlings. But, it CAN BE DONE! "Where there is a will there is a way."". So, GET PLANTING! 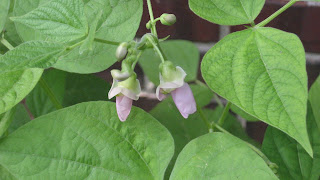