Cascading Cucumbers — The Grow Network Community
We may have our differences, but nothing’s more important than family. 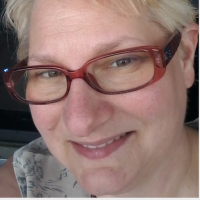 I'm a real sucker for cucumbers. The pickling type, with the little bumps that, after you brush off the spiky things, can just be eaten as is, no need to take off a bitter outer peal. I'm also a real sucker for pickles, but prefer them to be savory, with lots of garlic and dill and salt and no sugar. I've never been able to really get into sweet pickles, although I've made them for people on request (including a really lovely zuchinini sweet pickle for SOMETHING ELSE TO DO WHEN THE ZUCHINI HAS TAKEN OVER THE WORLD, but that's a totally different story for another time).

Part of the work that we do in food sovereignty involves polyculture and crop rotation in huge raised beds - we call them the Box Plots. I'd have so many cucumbers in my demonstration plots that we learned to do some really great things with them, aside from the usual fresh salads and donations to the local food pantry. Crock pickles really turned out great, and, believe it or not, drying them into chips. We didn't add salt or dill to the dried ones, but that might be a great experiment for another time.

Nowadays, though, I don't have access to property to grow with the Box Plot System. So I'm trying to be creative about getting enough of the foods that I really love and can't actually buy anywhere since they are old heirlooms and saved mutants from the years I've been playing with these things. So I have some tomatoes that seem to actually like the local clay soil, and beans growing in giant tote/bins, but the cucumbers have been elusive. Until I was staring at my three-pot-macrame planters and realized that if I put hooks into the bottom of the deck on the sun facing side, I could literally have a vertical garden of cascading cucumbers.

So that's what I'm trying this year. I've coupled that with a couple of pots in-between that will (I hope) climb some vine trellises. This will actuallyl give me some shade and possibly privacy on my little deck under the porch, as well as a few varieties of pickles to play with. I've had some setbacks with compost amendments, but that is yet another story for another post.

I've also done some polyculture with these, adding some flowers that attract polinators in a few of the pots, like pineapple sage and african blue basil. These things also smell and taste amazing, so it's a win-win (-:

I'd be interested in hearing about other people using space in creative ways to get a little extra food and goodness on their tables!