Bacterial Wilt and winter squash — The Grow Network Community
If you are raising heritage poultry, The Livestock Conservancy is doing a census and requests your help.
Click Here to enter the census! 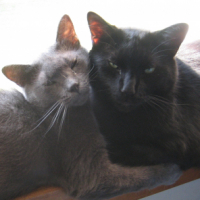 So we have four plantings of winter squash, in five different places. I pulled up a plant on Tuesday, because it had many wilted leaves, some yellow, and I found several striped cucumber beetles on it. Since then some of my other squashes, in a different planting, had a few yellow leaves near the base. I could find no evidence of borers, and the plants otherwise looked healthy. I hoped it was just stress from our very hot weather and my having to re-direct the vines. This morning, I opened up some wilted blossoms and found the cucumber beetles. I also found them at two other plantings. I stomped all the beetles I've found, but I'm afraid the damage was already done. Is their any hope for my squash?