This year I decided to grow some unusual varieties of heirloom beans in addition to the standard Provider bush bean. 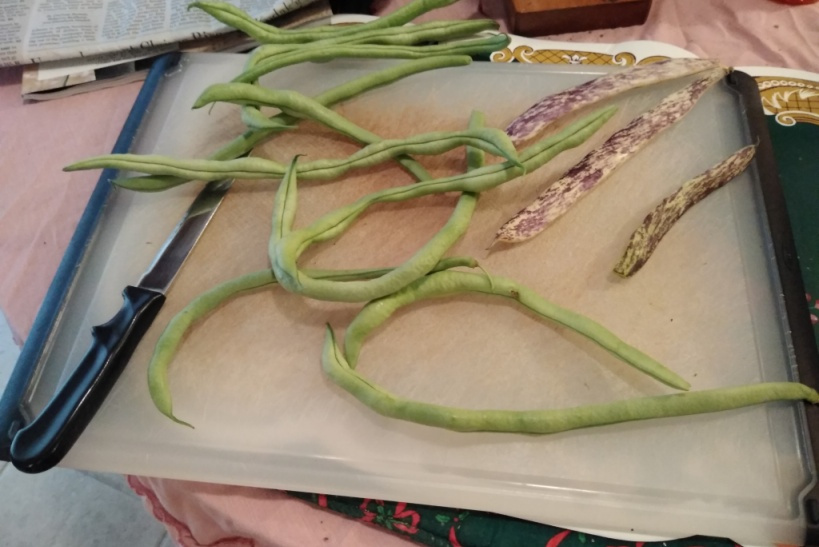 The long beans, even longer than a standard kitchen knife, are Fortex. Seeds for it are difficult to find, but it's a productive pole bean and grows long, tasty green beans.

The purple and white bean is Dragon Tongue, and is sometimes known by other names. Its pods are flat rather than round, grows a bit larger than Provider, is quite productive, and has a tasty texture. Unfortunately the beautiful purple colors quickly fades when they are boiled in water for eating or blanching.

I tried Emerite, another unusual French bean variety, but the snails and slugs got them. This wasn't the fault of the beans, but the location where I planted them, which had too much grass and weeds where the pests could hide. These are also hard to find, but if I can buy more next year, I will try them again in a better spot.

I'm also growing Jacob's Cattle and Vermont Cranberry to eat as shellies or dry beans, but those aren't ready to harvest and photograph yet.

What unusual varieties of beans have you tried? What have you considered but not tried?