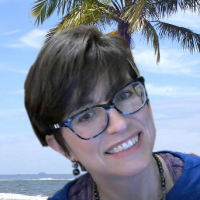 Anyone else keeping up with the shenanigans in the stock market, where the hedge funds tried to short some stocks (and kill some companies) and people are revolting by buying up said stocks?