Got Ulcers? Here's a painless way to get rid of them. — The Grow Network Community
Flowers are the music of the ground from earth's lips spoken without sound.

Got Ulcers? Here's a painless way to get rid of them. 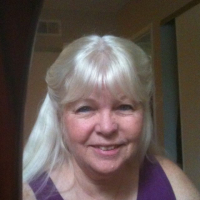 I don’t even remember where I got this from, but it was a life saver for my husband back in 1987. He was having severe abdominal pains that prevented him from being able to work. The doctor diagnosed him as having several peptic ulcers in his stomach causing the pain and told him to start using Tagamet, a stomach acid reducer to relieve the pain. Well, his father had been using Tagamet for years and still had to keep using it, so I knew it was not going to get rid of the ulcers.

So, I dived into my box of remedies and found what was called “Slippery Elm Gruel”. My husband didn’t like the taste of most of my home-spun remedies and usually balked at them. But he actually liked this one and enjoyed taking it!

His pain subsided within 2 hours and he was able to go back to work the next day. He continued the regimen for 2 weeks to make sure the ulcers healed. I’m glad to say that they never reoccurred.

Also, just 2 years ago, I ended up with ulcers. At first I thought it was food poisoning but it lasted longer than 24 hours and kept getting worse. The pain got so bad all I could do was lay down. At this point I realized it was ulcers. We were on a 3-day trip away from home and any of my remedies, but my husband managed to find a health food store that had the slippery elm powder.

I was in too much pain to travel, so we stayed an extra day while I drank my Gruel every 2 hours. By the next day I was good enough to travel so we returned home. The pain went away completely within 3 days and never returned. I kept taking the gruel for a week after that anyway.

The Slippery Elm Bark did the trick both times! It’s a mucilaginous herb and so it soothes and heals mucous linings and tissues.

• a dash of cinnamon or nutmeg