When Man Moves Away From Nature, His Heart Becomes Hard (Lakota) 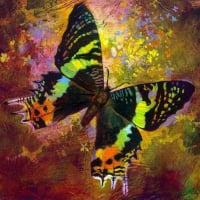 Inhumane for them, unhealthy for us.