Preparing and Planting the First Garden Bed — The Grow Network Community
Honesty is telling the truth to ourselves and others. Integrity is living that truth. 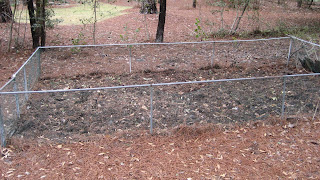 Once the container gardens were growing well, it was time to turn my attention to the back "garden". I have to put garden in quotes and use it in the most loose sense.... it may have been intended to be a garden, but there is no sign it was ever used as such. I know it was not used in the last 10-15 years.

When I lifted up the pine straw in the winter, I found perhaps, the worst soil in the yard. It was basically just sand, with ivy and wisteria vines invading it. It was too cold and I didn't have enough material for compost. So, I just began digging little holes in the and burying kitchen scraps. These, I would cover with the loose dirt and put the pine straw back in place. I hoped, at least, to add some organic matter and attract some worms. 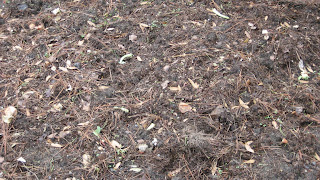 When I raked out the pine straw, in the second week of March, I was very pleased by the results. It had actually become some pretty decent soil! We had a heavy rain last night - about 3 inches in as many hours - so the soil is quiet as fluffy as yesterday. But, it is dark, fairly rich and easy to work. Sure, there are still some vegetable scraps and eggshells visible. As you will learn quickly from my blog though, I've never been terribly obsessive about clean gardens and straight rows!

The garden spaded up surprisingly easily. The decade's accumulation of pine straw prevented weeds, except for the afore mentioned vines. I spent maybe an hour pulling vines and loosening the soil. Then, I planted 11 packets of seeds. The plan was to prioritize early spring greens - food that would come available in April. 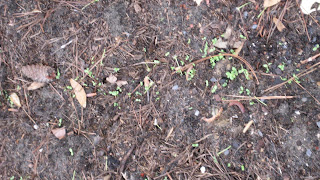 At the time of planting, hoarding, panic shopping and supply chain disruptions had not really begun locally. A week later, the grocery store shelves were bare of essentials. The seeds beginning to sprout in my little garden bed were very reassuring! 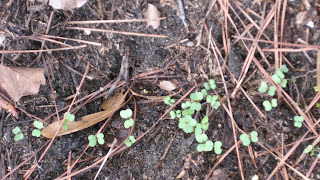 I started with radishes, and planted three varieties: Early Scarlet Globe, French Breakfast and Crimson Giant. Radishes come up quickly, with delicious greens that may be harvested sparingly, before the roots.

Then, I planted Spinach Mustard, Early No. 7 Spinach and Siberian Kale.

I still have room for something else in there... probably some globe onions. 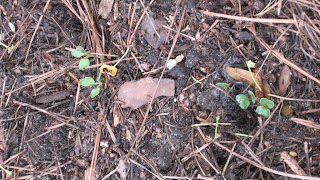 The bed is planted fairly intensively, with the goal of "cut and come again" greens, and succession planting once the root veggies are harvested. It is a bit of a stretch, but being 6'4", I can just barely reach the center of the bed, so I never have to walk in the garden.

Today, little green plants are poking their first leaves out of the soil and the news of the day is easier to take.