Bitters Recipes from The Independent Liquorist — The Grow Network Community
Honesty is telling the truth to ourselves and others. Integrity is living that truth.

Bitters Recipes from The Independent Liquorist

Bitters Recipes from The Independent Liquorist

The Independent Liquorist is a fascinating book, written by chemist and cocktail enthusiast, L. Monzert, in 1866. It contains many formulas of the author's creation for liquors, cordials and sauces that were popular at the time, including the rare and highly sought after Boker's Bitters. Boker's and Peychaud were the original aromatic bitters that started the American cocktail. Angustura followed soon after. Nearly every cocktail recipe book published before the brand was put out of business by government over-reach and over-regulation... say, prior to 1920, because prized bottles of Boker's were hoarded and stashed away by bitters aficionados and dedicated tipplers... contains recipes that call specifically for Boker's. So, finding an old book with a recipe for Boker's, when the resulting product could be compared to the real thing is exciting! 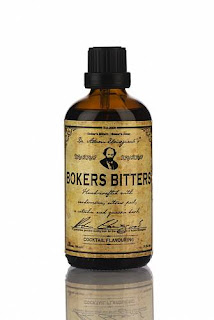 However, it must be stressed that the formulas in the book are clearly based on the author's own tastes and interpretation. For instance, his Lea and Perrin's Worcestershire Sauce calls for pork liver as an ingredient. As far as my research goes, I can find no instance in which pork liver was used in the original recipe. But, could pork liver, fermented along with the sauce's many exotic spices, large quantity of salt and fruity ingredients, result in a flavor similar to anchovies (which are not included in the book's recipe)? It think it very likely. So, whether Boker's or the other Bitters, the best we can say is that these recipes tasted to Monzert like the name brand product, or were similar chemically based on his lab testing.