Multiple Health Screenings But No Answers — The Grow Network Community
We are franker towards others than towards ourselves.

Multiple Health Screenings But No Answers 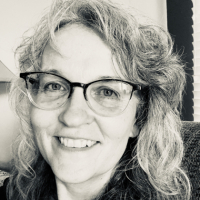 Since last fall my husband has had the muscles on his left forearm spasm like crazy at random times throughout the days and nights. It comes and goes for no apparent reason. Can't identify any one thing that triggers it. He also has very little strength in that hand/wrist/arm when he tries to grip or pick things up. In addition to those things, he gets piercing headaches that come on instantly and sometimes stay with him throughout the day. We have been to doctors and had blood tests, an MRI, neurological testing, all the bells and whistles. Every test has come back negative, which is good?, but we have no answers, which is frustrating. I'm not looking for medical advice, but have any of you experienced anything like this or know someone who has? Thanks!